The Cincinnati Bengals selected former Pittsburgh wideout Tyler Boyd with the No. 55 overall pick in the 2016 NFL draft.

Boyd left Pitt after three seasons but still set school records for catches (254) and receiving yards (3,361), averaging 13.2 yards per reception. He scored 23 college touchdowns -- 21 as a receiver, one on a punt return and one as a ball carrier. Boyd mixed between the slot and outside in the Panthers' pro-style offense, but he may lack athleticism -- 4.58 40-yard dash speed and a 34-inch vertical -- to consistently win on the perimeter.

With the Bengals having Tyler Eifert, A.J. Green and Gio Bernard, Boyd will have serious competition for targets, but he figures to see plenty of snaps. 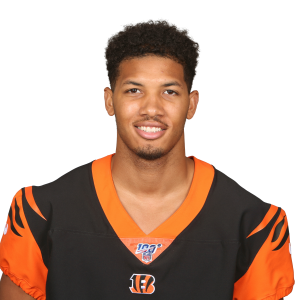