Williams seems unlikely to play in Week 5 against the Dallas Cowboys after being taken off on a stretcher last Thursday night. Aaron Jones will likely see the majority of backfield touches, with sixth-round rookie Dexter Williams also mixing in.

The Packers face a Cowboys defense in Week 5 that is allowing the 12th-fewest rushing yards per game, but the 12th-most yards per carry. 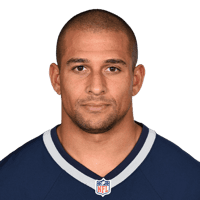