Wilson has not requested a trade but things certainly seem to be heading in that direction. The veteran quarterback uncharacteristically expressed frustration earlier this season over "getting hit too much" and also said he would like more say in personnel decisions. There are also reports that Wilson's discontent runs beyond what he has revealed publicly, including wanting the offense to go through him more. Wilson turned 32 at the end of November and is under contract until 2024.

Russ ranked 19th in Passing Net Expected Points per dropback last season among the 35 quarterbacks with at least 250 dropbacks. He has been sacked 394 times in 144 regular-season games, including 47 in 2020. According to ESPN Stats & Information, that's the most in a player's first nine seasons since the 1970 AFL-NFL merger.

The Philadelphia Eagles have agreed to trade quarterback Carson Wentz to the Indianapolis Colts in exchange for a 2021 third-round pick and a conditional 2022 second-round pick, reports Adam Schefter of ESPN.

The second-round pick can become a first if certain conditions are met, though the trade will not become official until the new league year starts on March 17. Wentz is coming off the worst season of his career in which he tied for the league-lead with 15 interceptions and was eventually benched for second-round rookie Jalen Hurts. Wentz will be reunited with former Eagles offensive coordinator Frank Reich, who is now the head coach of the Colts. The former No. 2 overall pick turned 28 in December.

Wentz averaged 17.8 FanDuel points last season, finishing No. 21 among quarterbacks. He earned a career-low 65.0 grade from Pro Football Focus that ranked 31st at his position. Wentz also added the fewest Passing Net Expected Points per dropback among 24 quarterbacks with at least 400 dropbacks. 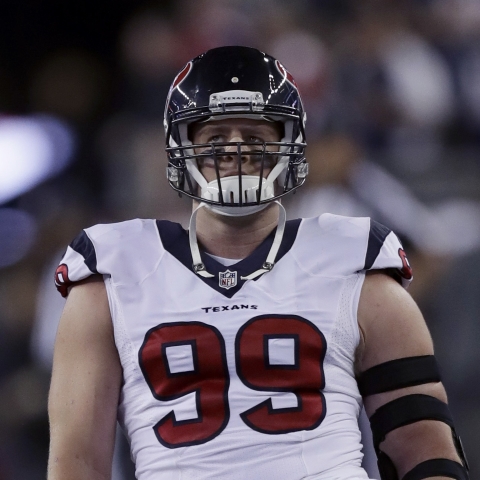 Watt and the Texans are mutually parting ways after the three-time Defensive Player of the Year asked to be released. He has spent every year of his career with the Texans after being selected in the first round back in 2011. Watt will turn 32 next month.

Watt recorded 5.0 sacks and 14 tackles for loss with a pick-six and a pair of forced fumbles across 16 games last season. He graded out in the top-10 overall among defensive ends on Pro Football Focus and finished in the top-20 as a pass-rusher.

Watkins is officially active and good to go for the first time since Week 16. After several weeks off, Watkins could be limited in his first game back and our models expect him to see just 4.2 targets against the Buccaneers. 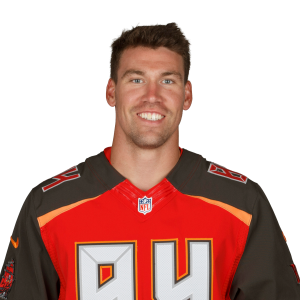 Cameron Brate (back) cleared to play in Super Bowl for Buccaneers

Tampa Bay Buccaneers tight end Cameron Brate will suit up Sunday in the Super Bowl against the Kansas City Chiefs.

Brate is dealing with a back ailment, but he was able to practice without limitation during the week and is now ready to play in his first Big Game. Expect him to serve as a blocking option on the line and a potential red zone weapon in heavy formations.

Brown was ramped up to full practices during the week leading up to the game, and he'll be active as expected. He figures to slot in as a No. 3 wide receiver alongside Scotty Miller behind Mike Evans and Chris Godwin.

Super Bowl LIV Preview: Can the 49ers Contain the Chiefs?