Pennsylvania Is the 2016 College Football Capital of the United States 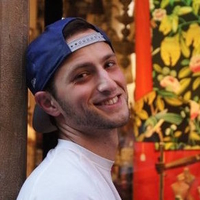 Ben Harris  —  @byBenHarris Dec 20th, 2016
Share on Facebook Share on Twitter
Pennsylvania, with each of its three eligible FBS teams ranked in the AP Poll, has been more dominant than any other state in 2016.

When you think of college football's perennial powerhouses, your mind may jump to the dominance of Alabama and the SEC, or the Notre Dames and Michigans, who -- for years -- topped the rankings of the nationâ€™s best programs.

Maybe, due to the sheer volume of teams, you think of Florida's seven Football Bowl Subdivision (FBS) schools, or the 13 teams that populate the expansive state of Texas.

But the 2016 college football landscape isnâ€™t ruled by any of these states.

This season, the college football capital of the United States is tucked just below the New England region and just north of the Mason-Dixon Line. That state is Pennsylvania.

No state currently has more teams ranked in the regular seasonâ€™s final AP Poll than Pennsylvania. The Penn State Nittany Lions (ranked 5th), Pittsburgh Panthers (22nd), and Temple Owls (23rd) represent the far corners of the state from the southeastern city of Philadelphia to Happy Valley in central Pennsylvania to the rust belt city of Pittsburgh.

In recent years, this has not been the case. 2016 marks the first season in the last 38 that all three schools have a chance to be ranked in the final AP Poll that accompanies the conclusion of bowl season. 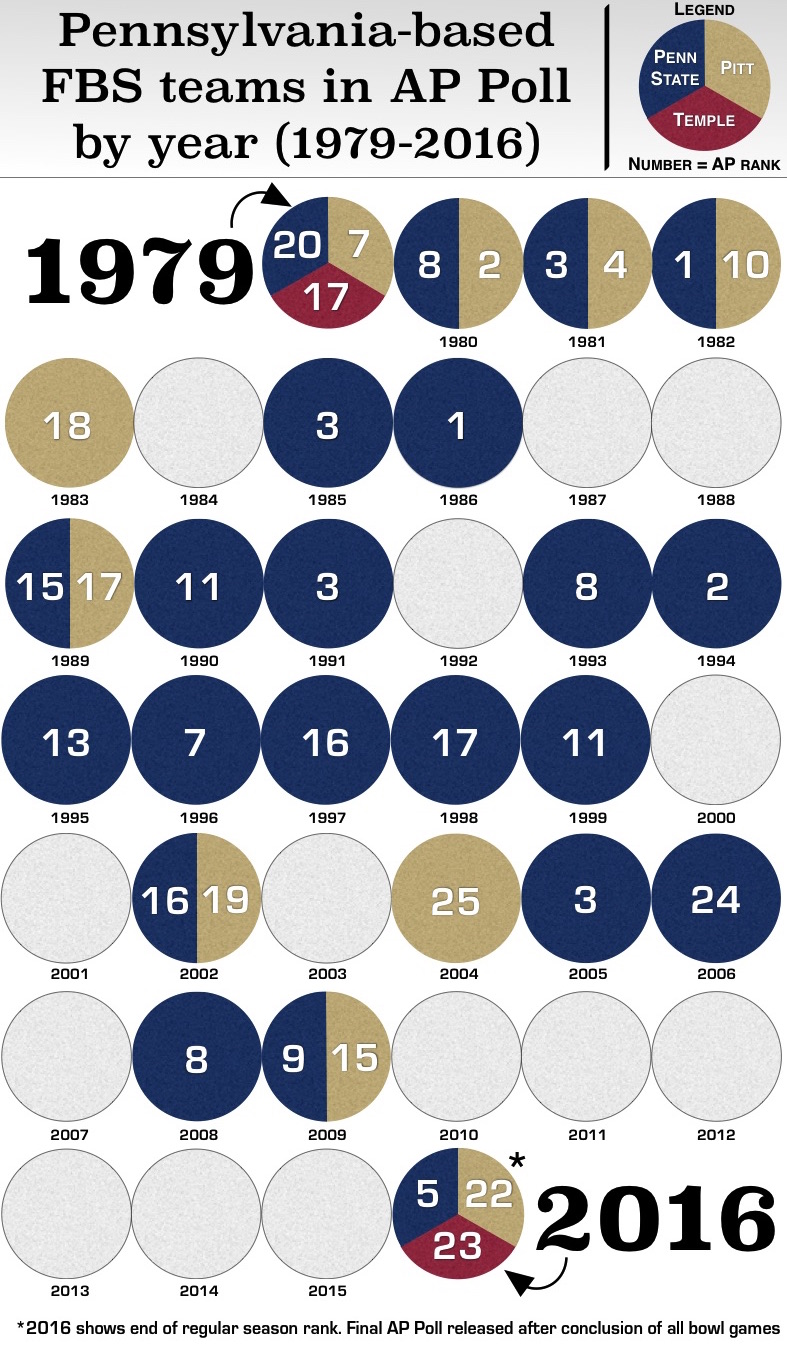 For the last six years, none of the three teams have finished a season ranked.

Since 1979, Pittsburgh has been Pennsylvaniaâ€™s lone ranked team twice, and Penn State has held the honor 14 times. Both schools have found themselves ranked simultaneously six times.

Temple has not been ranked since 1979, the last season all three teams ended the season in the AP Poll.

The other states are the usual suspects, the cream of the college football crop: Florida, California, Oklahoma, Michigan and Alabama. Florida is the only other state besides Pennsylvania that houses three ranked teams.

Where Pennsylvania sets itself apart, however, is the top-to-bottom success of each of its FBS schools.

Only four states have each of their FBS schools represented in the 2016 regular season AP Poll, and none have more eligible schools than Pennsylvania's three.

There is a chance that a disappointing performance in the Military Bowl by Temple or a poor showing from Pittsburgh in the New Era Pinstripe Bowl could knock either out of the final AP Poll.

But for now, the state of Pennsylvania sits atop the college football pyramid for the first time in nearly four decades.